Tested by an FDA cleared lab 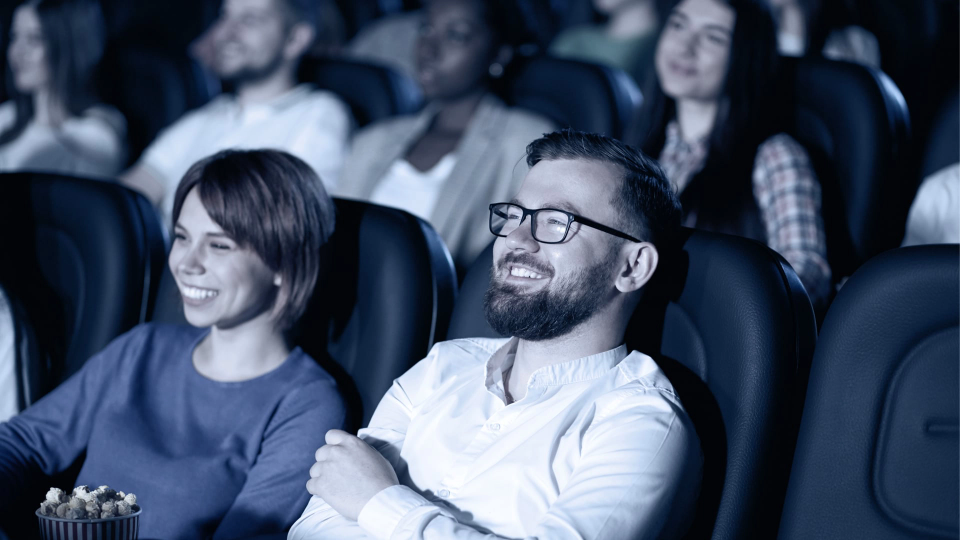 Cinema City, Israel’s largest movie theater chain, needed to be certain the air in its theaters was clean and safe for returning customers. Because movie theaters are closed indoor spaces, they are a potential hotspot for COVID infections. After being shuttered for 14 months, some theaters discovered potentially allergy-triggering levels of mold. To ensure the cinema air is safe, Cinema City CEO Avi Edri has partnered with Tadiran to look for the right solution.

Tadiran proposed a unique experiment: Cinema City would test the efficacy of TADIRAN AIROW conducted with a live audience present. The experiment protocol was developed by Professor Ariel Kushmaro of the Ben Gurion University of the Negev. Israel-based microbiology lab Hylabs executed the procedure and air sampling.

The test was conducted in a theater in Cinema City in Glilot, Israel. The air in the theater was tested for three consecutive days before TADIRAN AIROW was activated. During the experiment, an average of 35 people watched a movie in the theater for two hours each day. The air was then sampled during the three days TADIRAN AIROW was activated, exactly one week after the initial sample was taken.

The air was sampled from six points in the theater, including the entrance, exit, the center row of seats, the left and right sides of the screen, and the returning air point, where recirculated air that’s traveled throughout the theater is found. Additionally, four samples were taken from every point during each screening.

“For years, Cinema City has been searching for a solution that would ensure the air in our theaters is clean. We ran an expansive two-week experiment using TADIRAN AIROW in one of our theaters with a live audience present, and the results were astounding.”

TADIRAN AIROW reduced up to 88% in levels of bacteria and mold in a 700 m3 cinema auditorium the size of 700 m3. Tested by Hylabs. Scientific overview & protocol was developed by Professor Ariel Kushmaro of Ben Gurion University of the Negev. Independent tests commissioned by Tadiran showed that TADIRAN AIROW 1TM technology eliminated known aerosolized pathogens under optimal testing conditions. To learn more about the tests, visit www.tadiran-international.com/scientific-testing.Tadiran does not claim that the Tadiran AIROW will ensure consumers using the device will not contract biological pathogens. Consumers should continue to follow guidance from governmental health organizations and certified health professionals about preventative measures.